Opening of a supplier plant for the automotive industry: production of Polystrat, a rubber-coated steel for automotive disk brakes

Taking into consideration that KLINGER is "trusted. worldwide." as a developer and manufacturer of high-quality gaskets and valves, readers might be surprised to learn that the Group of companies is also an important supplier for the automotive industry and has been so for almost an entire century. This business field has recently expanded into the Chinese market with the opening of a Polystrat plant on the premises of KLINGER's strategic partner, the SINYUAN Group, in China. The KLINGER News has the details.

On February 26, a large party of dignitaries, including Baiyong Zou, Head of the Chinese Communist Party for the Cixi Binhai Industrial Zone and Meniun Mao, Head of the Cixi Binhai Industrial Zone as well as Brigitte Robinson Seyrlehner, Austria's Consul General in Shanghai and Christina Schösser, the Head of Austrian Commercial Affairs in Shanghai, gathered on the premises of KLINGER's strategic partner, the SINYUAN Group, for a grand opening.


Welcomed by Yilin Yuan, President of the SINYUAN Group, Sakai Yaichi, President of the Japan Hamamatsu Gasket Corporation and KLINGER's Group Executive Director Daniel Schibli, the dignitaries, top customers and members of the companies celebrated the opening of KLINGER's first Polystrat plant on Chinese soil. The event, which was blessed with fair weather and above-average temperatures for the month of February, featured numerous touching moments. A plaque commemorating the opening of the factory was unveiled and a ribbon cut, signifying that the way is now open for business. Perhaps the most moving moment of the entire event was the planting of a tree by Yilin Yuan together with Daniel Schibli. As it grows, so will hopefully the business of the strategic partners in China.

In his speech, Yilin Yuan stated that the grand opening sends a clear message to Asia: High-quality Polystrat, a rubber-coated steel used for the production of shims for automotive disk brakes, has now become a part of value generation in China. As a consequence, it can now also be provided across the region Asia-Pacific in a faster and more efficient manner. Mr. Yuan also underlined that the new manufacturing site represents an important milestone in the cooperation between KLINGER and SINYUAN. Daniel Schibli, on the other hand, highlighted the reasons for expanding into China in his speech: "Extensive research and analysis of the Chinese market have shown us that our rubber-coated products, traded under the Polystrat brand name, are in great demand here. This is why we decided to set up a state of the art production facility in Cixi together with our long-term partner, the SINYUAN Group. Having completed this step, we are now in a perfect position to best serve the Asian markets, first and foremost the world's largest automobile market – China." 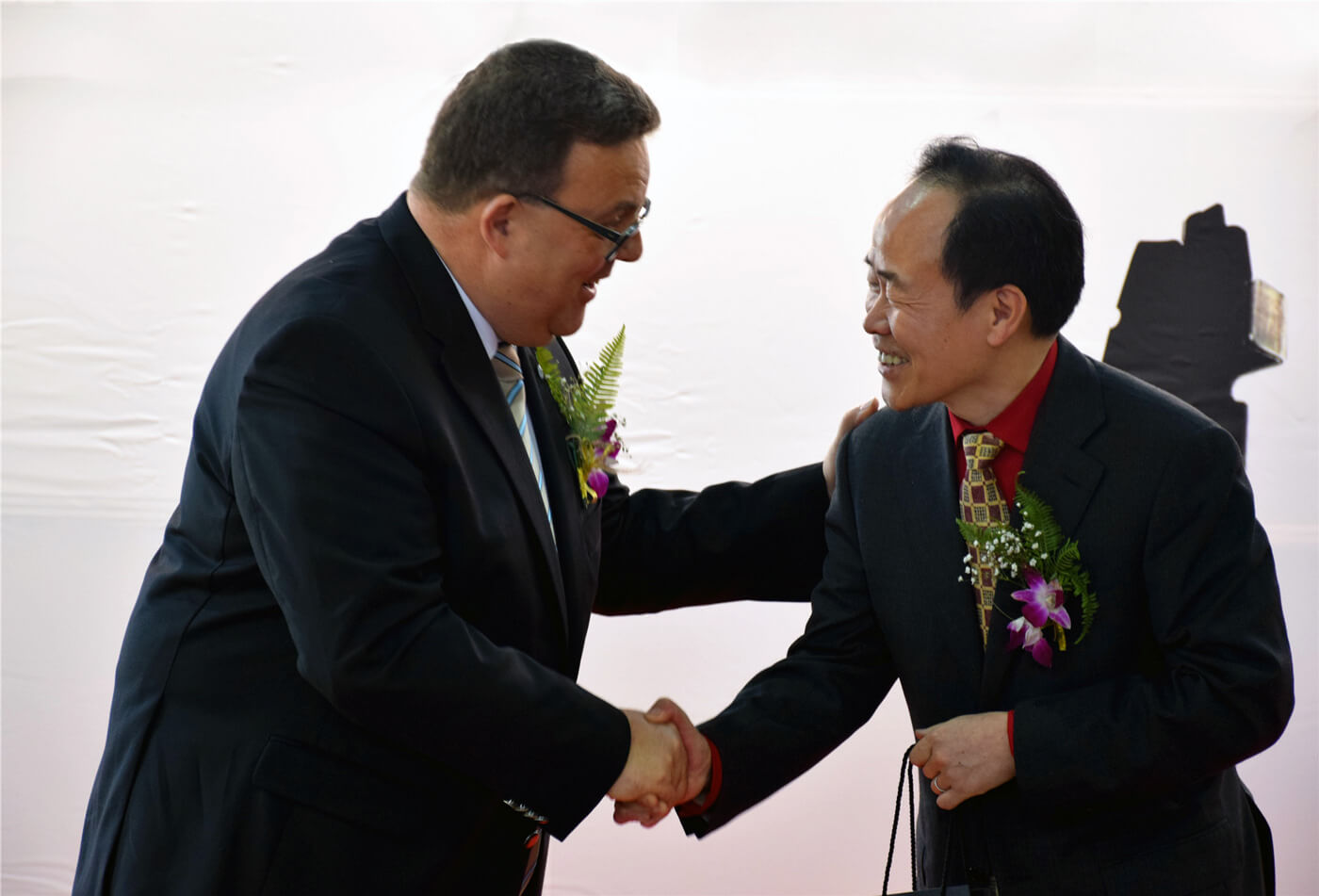 Eckhard Steeger, Managing Director of KLINGER Switzerland, is in charge of the company's Polystrat production and best suited to answer any questions about the significance of the product. "The niche we occupy in the value chain is the production of the rubber coated steel material. Our customers are automobile and brake manufacturing companies," he explains, adding: "Aside from those, your average brake disk in a car has to be replaced after every 25,000 to 30,000 kilometers as a result of wear and tear. Polystrat is therefore also very important for independent aftermarket suppliers." In China, the meanwhile world's largest car market with around 20 million cars produced annually, KLINGER and the SINYUAN Group will initially start with two Polystrat products: Polystrat BT38-21 and Polystrat BT38-20. Both are noise absorbing shims for brake disks that feature a rubber coating on both sides, which is subsequently vulcanized. Polystrat BT38-21, however, is also characterized by an additional acrylic adhesive, which is applied to the inner face of the rubber. It serves to further increase the sealing strength. "Due to its higher quality, Polystrat BT38-21 is typically used by original equipment manufacturers, while BT38-20 is very popular in the aftermarket segment," explains Eckhard. 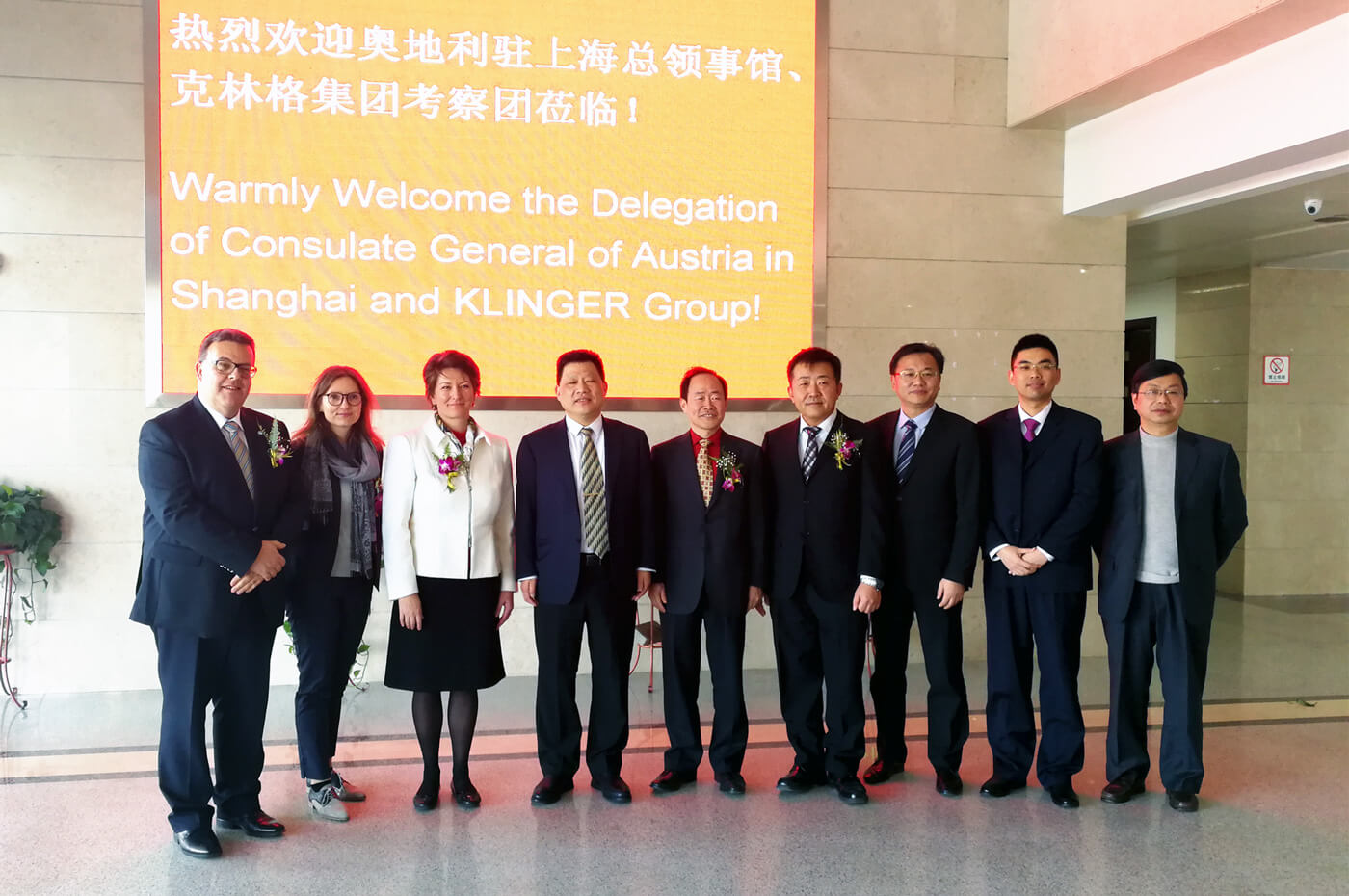 Celebrating together: the hosts and their guests of honor

According to our resident Polystrat expert, who has visited the plant numerous times since its grand opening in February, the future looks bright for Polystrat in China. "In terms of plant design, the facility in Cixi is the exact twin of our plant in Egliswil, Switzerland. Generally speaking, the new manufacturing hall is designed for a total of six lines and features generous areas for basic materials as well as for manufactured goods storage. The necessary infrastructure, such as for example the solvent storage tanks, has also been set up to accommodate the envisaged six-line design," reports Eckhard Steeger. Following the installation of the tailored plant control software in April, the plant operators have proudly reported the commencement of serial production as of July of this year. By doing so, they have opened up another chapter of KLINGER's long-term commitment as a top-supplier for the automotive industry. And taken it to new heights. 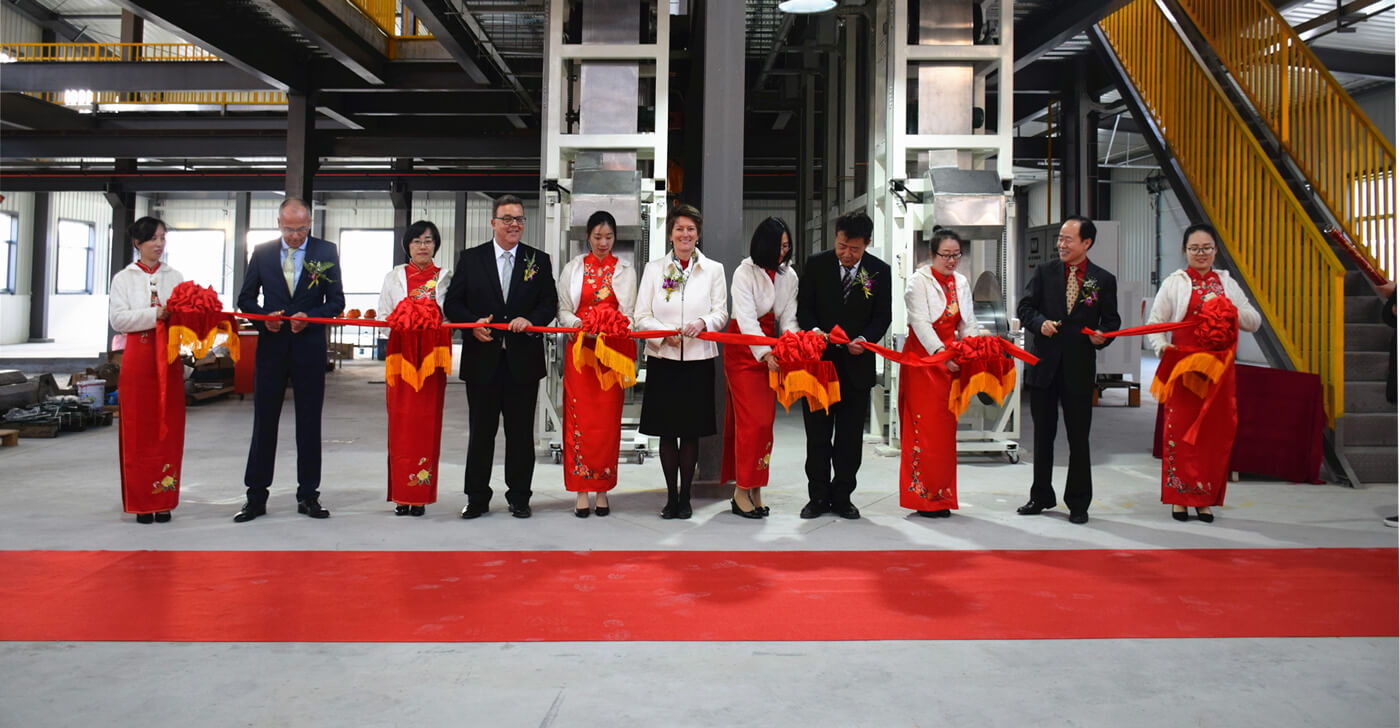 KLINGER expertise for the chemical process industry in Asia

KLINGER Switzerland relies on steel priming facility for the production of Polystrat: a rubber-coated steel product for the automotive industry