Taking environmental protection seriously is a must if we wish to keep our Earth habitable for future generations. Our seas, however, have been regrettably less addressed in this context over the decades. Instead, the motto has mostly been "the solution to pollution is dilution", implying that pollutants in our oceans would be sufficiently dispersed and / or dissolved within the massive volumes of water and should thus no longer pose a threat.

With the upcoming launch of Aframax LNG-powered deep-sea vessels that no longer run on dirty, heavy fuel oil or other conventional marine fuel systems, responsible companies are now taking a firm stance with regard to conserving our oceans. And Westad is one of them.


Using liquefied natural gas to propel seagoing vessels is not exactly a new technology. The first ship to actually be powered by LNGs instead of simply transporting them from port A to port B was launched in the year 2000. Not surprisingly,taking into account where Westad itself is at home, the small LNG-powered ferry that kicked off a minor technology revolution operates across the Norwegian fjords and serves to transport passengers.

Since then, several hundred ships have had their conventional propulsion systems replaced by gas or dual fuel systems. What the retrofitted ferries, supply vessels, coastal tankers and container ships all have in common, however, is their relatively small engine capacity. For Westad, this meant only minor opportunities for new business, as other types of valves than those manufactured by the Norwegian colleagues are usually utilized for the surrounding piping systems.

"Westad has been supplying butterfly valves to the Maritime and Oil & Gas industry for more than 40 years, in other words since the early days of transporting LNGs with tankers by sea," explains Jørn-Inge Throndsen, Managing Director of Westad, and adds: "At present we have an installed base on LNG tankers in the 200-plus range, meaning that between 40 to 50 percent of the world's fleet currently sails with valves from Westad." According to Jørn-Inge, Westad stands a good chance of not only continuing to supply valves for tankers transporting LNGs, but to also supply their products for those deep-sea tankers that will in the near future be propelled by them. 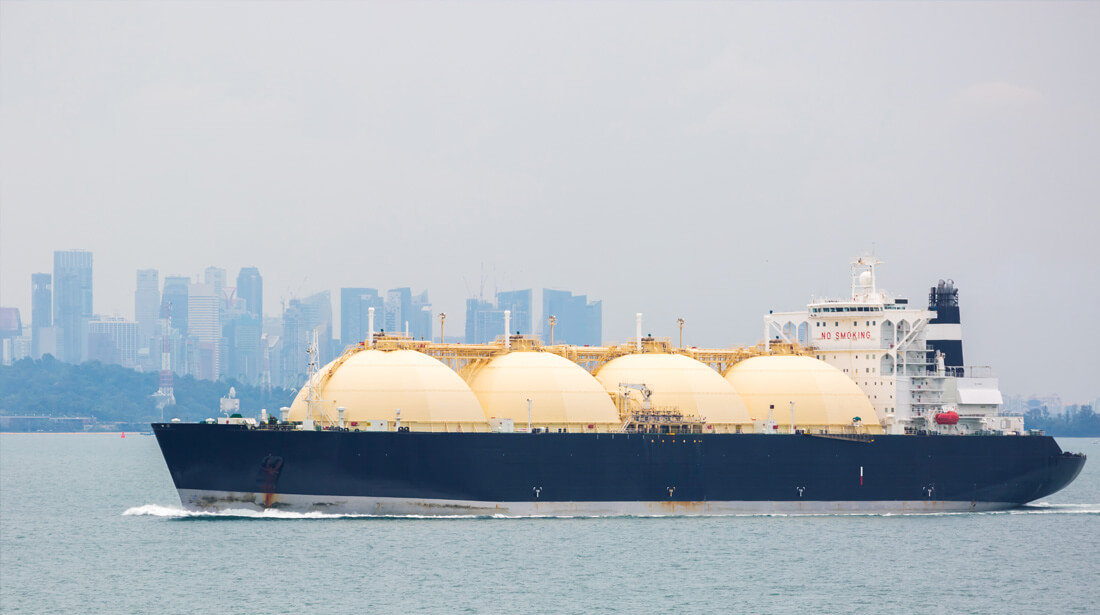 Aframax are medium-sized tankers with a deadweight tonnage between 80,000 and 119,999

"The Russian operator Sovcomflot recently contracted the shipyards of Hyundai Heavy Industries in South Korea to manufacture the first LNG-powered Aframax-class deep-sea tanker," confirms Jørn-Inge Throndsen, "upon its completion in the third quarter of 2018, the vessel will be chartered to the major oil company Shell, which will use the Aframax to underline its strong focus on ensuring improved marine protection."

The feature that clearly distinguishes the new vessel from conventional models is its dual fuel engine design: When running on LNGs, the ship will release 90 percent less sulfur oxide (SOx), more than 80 percent less nitrogen oxide (NOx), and over 15 percent less carbon dioxide (CO2). As natural gas is used to power the engines, conservationists are quick to point out that the technology does pose its very own potential environmental challenges: Methane has a 20-year global warming potential, which is 86 times greater than that of CO2. Should a so-called "methane slip" occur, i.e. the gas leaks through the engine in an unburned state, then the positive effects of an LNG-engine are, in the best-case scenario, effectively nullified. What all stakeholders can agree upon, however, is that the Aframax requires a lot more power than previous LNG-powered vessels, which is where Westad comes into play.

"The piping systems in a ship with a deadweight tonnage (dwt) of 114,000 are obviously going to be significantly larger," states Jørn-Inge, explaining why the term "Aframax" has become a synonym for new business at Westad: "All of a sudden, there is a demand for butterfly valves in LNG-propelled ships." And Westad's initial assessment has in the meantime proven true: The company was recently awarded a contract to supply cryogenic butterfly valves for the engine systems on a total of four Aframax tankers.

"LNG fuel system projects are admittedly smaller in terms of business volume," says Jørn-Inge, adding: "we are confident, however, that this market will grow and that the demand for LNG-powered propulsion solutions will significantly increase. Furthermore, various entities have already sent very clear signals that they are very much in favor of a further shift from conventional to LNG-powered engines." The entities hinted at by Jørn-Inge are, amongst others, the International Maritime Organization (IMO) as well as the governments of several major countries.

Continuing the trend towards the adoption and expansion of eco-friendly policies and a focus on "green energy" in shipping should help to cement the importance of LNGs as viable alternatives to standard propulsion methods in the maritime industry. And when this happens, Westad, having already earned its spurs with the successful completion of the first four Aframax tanker orders, will be ready: "What we are doing here is actually applying two fields – our maritime as well as our LNG expertise – in which we both have an excellent track record," concludes Jørn-Inge, adding: "So yes, I believe we will be able to fully satisfy all present and future LNG requirements, no matter whether the task at hand is transportation or propulsion-related." 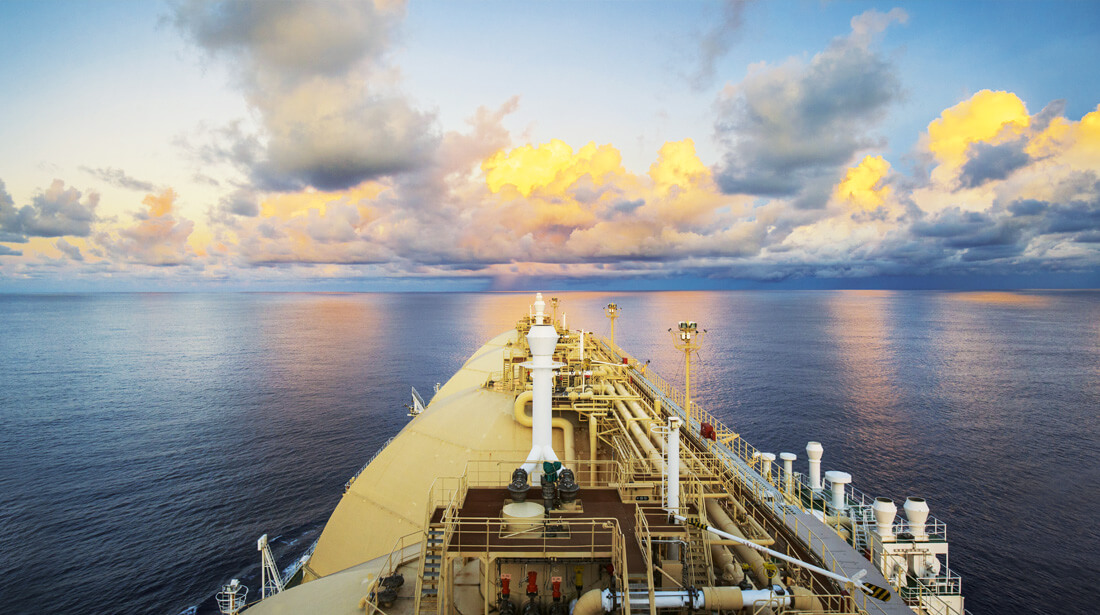 Westad takes cryogenic valves for gas tankers to the limit

KLINGER Marine offers gaskets and valves for the maritime industry

Gaskets and valves for the maritime industry: KLINGER Denmark and KLINGER Westad at the SMM marine trade fair