Vienna is a "classic" tourist destination for all those interested in the fine arts, opera and an abundance of baroque. Austria's capital, however, also attracts a very different kind of clientele every year: Those wishing to know more about its district heating network, which is one of the most extensive in Europe. And in this regard, two "old hands" in the field, the FRANZ GYSI AG and KLINGER, are more than happy to provide.

Franz Gysi, co-organizer of the Swiss District Heating Conference held together with his partner KLINGER, believes in offering his colleagues, his partners and his customers only the best. This is why, when it comes to the topic of district heating, he annually invites his industry colleagues to a trip to Vienna and its periphery. While the various sights and landmarks are without doubt also very pleasing to the eye, Franz Gysi primarily comes here for a very different reason with his "Fernwärmetagung": Vienna's district heating network, operated by "Wien Energie" via its district heating arm "Fernwärme Wien", features state of the art technology, a transport network of roughly 1,100 kilometers and a wide range of environmentally friendly innovations in the field of district cooling.

Lasting from August 21 to 23 and comprising 25 participants, the 13th Swiss District Heating Conference officially started with a tour of the Spittelau waste incineration plant. Located in the very north of Vienna's ninth district and situated close to a regulated former arm of the Danube, the "Donaukanal", the plant is Vienna's second largest district heating contributor with an installed capacity of 460 MW.

Erected in 1971, the waste incineration plant has been repeatedly modernized over the years to incorporate technological developments in the field of flue gas cleaning. It is interesting to note that the artistically rendered facade, which has in the meantime turned into one of Vienna's many landmarks, was actually not part of the original design: Following a major fire at the plant in the year 1987, Vienna's utility commissioned Friedensreich Hundertwasser to give the facility its "new look", which, according to the artist, combines technology, ecology and the arts. Today, the waste incineration plant burns around 260,000 tons of waste per year and can thus feed an annual average of 60 MW of heat into the district heating network for base load coverage purposes. Vienna's functional work of art is also used to help manage peak loads: Five additional gas and gas/oil-fueled high-temperature boilers can produce up to 400 MW of thermal power; the installed electrical capacity amounts to 6 MW. In total, the plant generates an annual amount of 40,000 MWh of electricity and 470,000 MWh of heat – more than 60,000 households in Vienna are provided for in this manner. 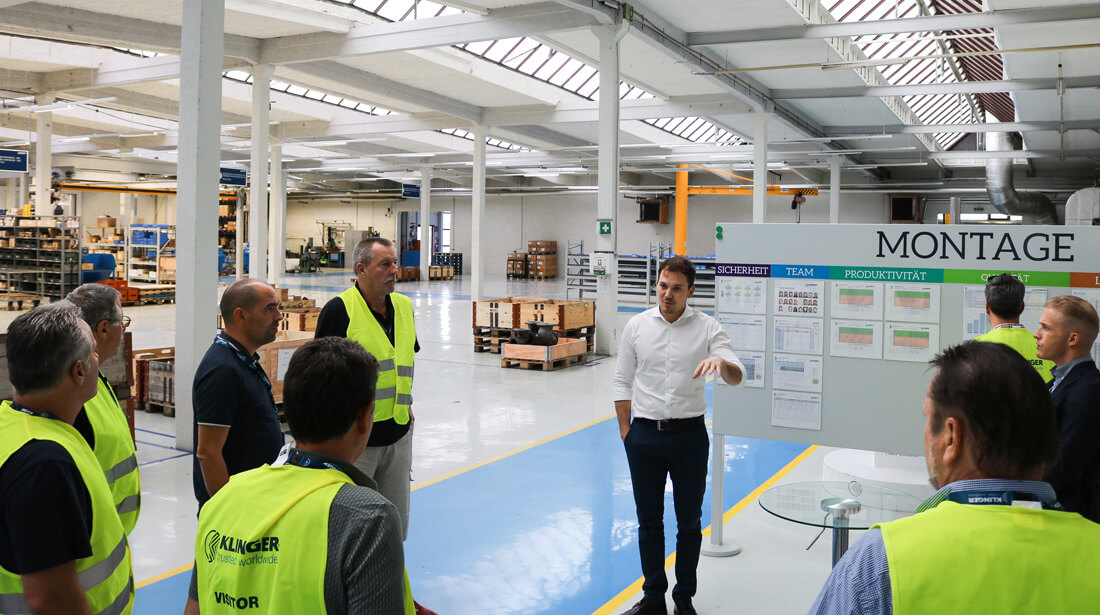 Taking into consideration that most of us desire the exact opposite on especially hot days in August, the 25 Swiss delegates were also treated to another service provided by the Spittelau plant: District cooling. According to "Wien Energie", the demand for district cooling in Vienna is increasing by an average of 15 percent per year, which corresponds to around 10 to 20 MW or, expressed by means of a different figure, between 200,000 and 400,000 square meters of climatized space. The energy utility's first district cooling center was established ten years ago. Today, a total of 13 such centers provide a total output of 120 MW. The Viennese industry colleagues, however, are quick to point out that the solutions employed at the plant are climate friendly: Compared to conventional methods, Vienna's district cooling efforts consume five to ten times less primary energy and result in similar CO2 savings. District cooling generation is mostly carried out in so-called absorption refrigeration units, which are powered by heat as opposed to electricity. As the power generated in the waste incineration plant also leads to waste heat, this can immediately be used for refrigeration purposes. "Solutions such as this one show that district heating and district cooling can actually – literally – work hand in hand. It also proves that we have not reached the zenith of these technologies. As a consequence, cases studies such as this one are of great interest to my Swiss industry colleagues," states Franz Gysi, giving one of the reasons why the "Fernwärmetagung" is still very much in demand in Switzerland after thirteen years of co-organizing the event together with KLINGER. The other reason for attending the annual event, and some colleagues have done so repeatedly over the years, is of course networking. "Think of science conferences. They are also attended by roughly the same circle of persons time and again. The reason is obviously to stay in touch and keep up to date with the latest developments. And in that regard, the 'Fernwärmetagung', with its many opportunities for knowledge-sharing and exchanging experiences, is no different," believes Franz Gysi. To round off the power generation segment of the conference, the participants also visited the "Arsenal" power plant in Vienna's third district. Featuring two boilers, which can be fueled with natural gas or fuel oil, it helps to manage peak loads. More than 70,000 households, almost a quarter of all private customers, rely on it for an uninterrupted supply of district heating. 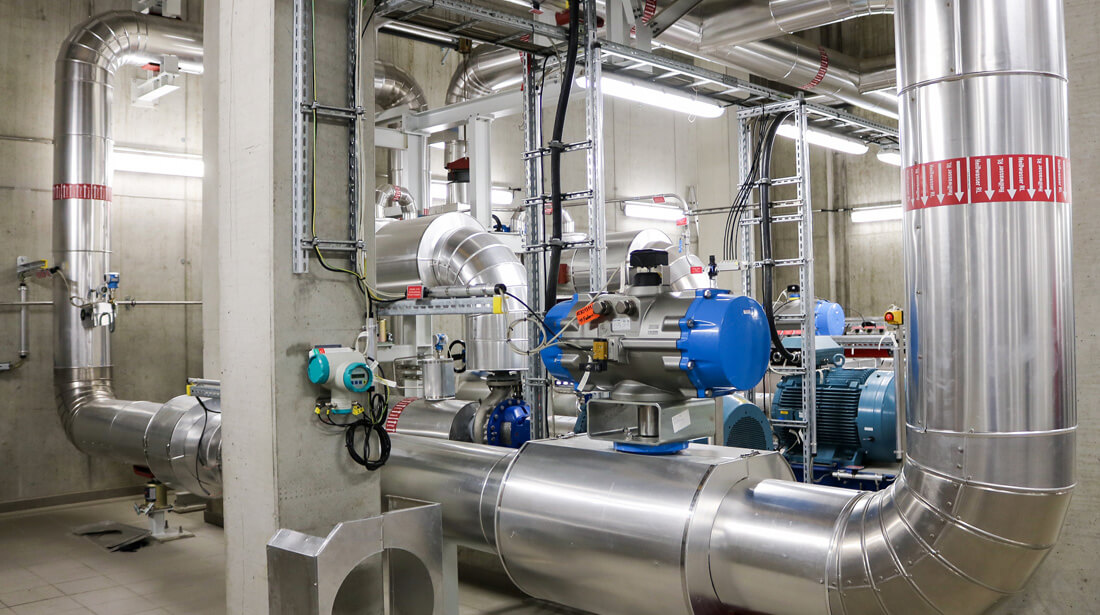 "Fernwärme Wien" is in charge of Vienna's district heating network

From generation to production

Having visited those responsible for providing Vienna with energy, the second part of the "Fernwärmetagung" focused on those who ensure that the supply of electricity and heat remains uninterrupted. Leaving Vienna for the Lower Austrian town of Gumpoldskirchen, the attendees were given valuable insights into the manufacturing processes at the plants of both KLINGER Dichtungstechnik and KLINGER Fluid Control, which span a total of 13,000 square meters. "We introduced our guests to our quality management system and our new products, KLINGER CompenSil, KLINGERtop-chem 2000 soft and KLINGER SLS Multiplus," explains Wolfgang Kohlbacher, sales manager at KLINGER Dichtungstechnik. And his sales colleague, Gerald Vasek, adds: "We also showed them a video detailing our gasket production and invited them on a tour of our redesigned labs." KLINGER Fluid Control, the Austrian valve manufacturer of the Group, presented the various departments involved in the valve production process. Europe's only testing facility for ball valves in full compliance with the EN 488 standard and the work of KLINGER Fluid Control's R&D team impressed the district heating, planning and pipe construction experts to no end. "For us, quality does not begin with the production process. It starts with valuing our customers. It was therefore a pleasure to have our Swiss colleagues here for a visit," states Manfred Stockinger, Managing Director of KLINGER Fluid Control.

Everything good, however, must at some point come to an end. In the case of the 13th "Fernwärmetagung", this meant a final get-together at the KLINGER manor house, which also serves as the KLINGER Holding's headquarters. Daniel Schibli, CEO of the KLINGER Group, and from Switzerland as well, personally thanked the participants for attending and wished them a pleasant journey home. Franz Gysi summarizes the event: "I believe the district heating conference was also a success in this year. We were able to show our attendees a wide range of technologies and solutions employed by our Viennese colleagues. Coupled with our tours of the KLINGER plants, this means that our guests got to see both sides: On the one hand, solutions in action, and, on the other hand, the products that help make these solutions successful." 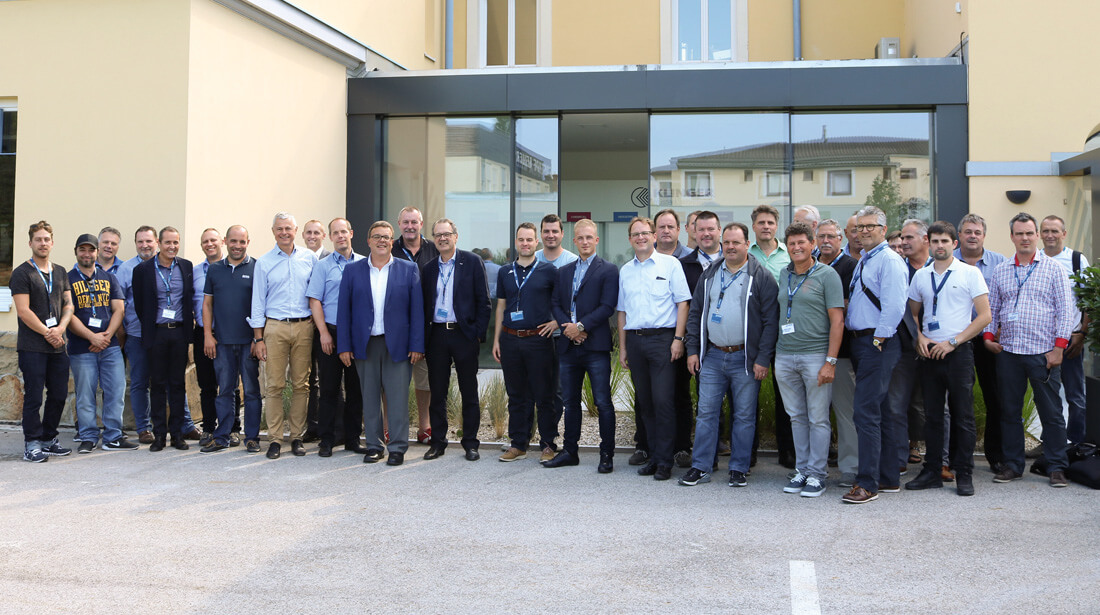 RetroFit by KLINGER Fluid Control for ball valves: A new lease of life