At KLINGER we understand that providing good service is about more than simply getting the job done.

This is why we always strive to enter into long-term partnerships. They enable us to familiarize ourselves with the various industry-specific requirements and to thus make our customers even more successful with tailored solutions. Trust, the basis of such a partnership, however, must always be earned. This is why responsibility & engagement play such an important role within our Group of companies. 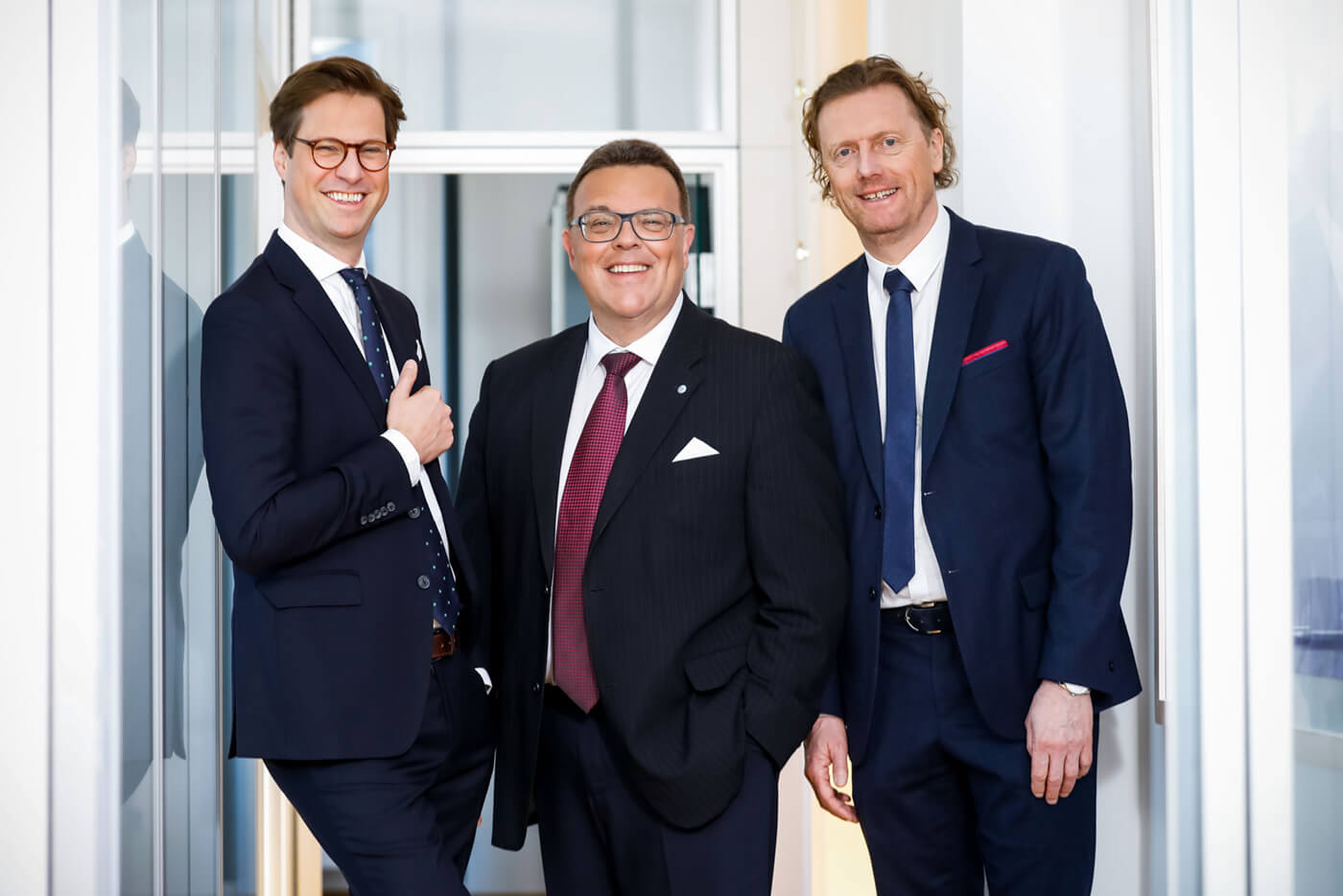 The KLINGER Group Management Board. From left to right: Peter Müller (CFO), Christoph Klinger-Lohr (Member of the Board), Daniel Schibli (CEO).

Ever since its formation more than 130 years ago and especially in the late 1950s of the past century, KLINGER has been characterized by strategic and sustainable, international growth. Next to top-quality, detailed know-how accumulated over generations by highly motivated KLINGER employees and a clear-cut "customer first" approach that has earned the Group of companies the title "trusted. worldwide.", this success has been made possible by a firm belief in the fact that responsibility & engagement matter. Today the Group is present in key locations around the globe with more than 60 manufacturing, service and distribution hubs and employs around 2,300 employees. Daniel Schibli, who rejoined KLINGER as the new CEO of the Group Management in April of this year, CFO Peter Müller and Christoph Klinger-Lohr, who will also be teaming up with his colleagues as a Member of the Board in January 2018, see themselves as caretakers of the newly established five operational areas – valves, gaskets, instrumentation, metallic hoses and expansion joints, which include the corresponding Manufacturing as well as the Service & Distribution companies.

"Effective January 2018, I will be joining Peter and Daniel on the KLINGER Holding management board. In my new role as a Member of the Group Management Board, I will focus on establishing a unit comprising KLINGER Sheeting & Gasket manufacturers. Adhering to our principle of responsibility & engagement, this new entity will be characterized by exceptional technical capabilities and market drive. As our customers know, both aspects already exist in abundance within our Group of companies – the challenge will be to align them and create a highly effective team."

"My new responsibility as CEO also extends to guiding the Service & Distribution and Fluid Control companies. Together with the Managing Directors, I will ensure that our high level of commitment towards customer satisfaction remains our top priority. Trust is about being able to give and take, about inspiring and being inspired. And long-term partnerships with customers, whose trust we have earned, allow us to come up with innovations derived from their very own industry or company-specific needs.

This is also a part of our responsibility: To ensure that our customers can maintain their competitive edge with the aid of our products, services and solutions. At the same time, we have to invest in future-proofing our portfolio, so that we can continue to provide our customers with value. Simultaneously, on the Group management level, we will continue to seek potential acquisitions to further support our growth strategy and to enhance our already considerable product offering. At KLINGER, we all share a common goal: To help our customers to be successful in their respective fi elds. We do this by applying our know-how and experience to all matters pertaining to sealing and fluid control, thus allowing them to fully focus on their core business."

"At first glance, internal finance activities such as asset preservation, risk minimization or keeping the books in order may not have much to do with our customers. Indirectly, however, it does: By executing these tasks in a responsible and committed manner, we ensure that KLINGER will be around tomorrow to continue to provide services around the globe. Within the financial world we also have a responsibility towards the various authorities and watchdogs – precise and transparent finance reporting is therefore another major task my team undertakes in order to ensure compliance with financial regulations. The work of a CFO, however, is not exclusively centered on financial statements: I also see
the finance field as a tool to shape the overall strategy and direction of the Group. Are we investing into the right companies, services and assets? In this context, our responsibility is to support our future corporate success and to aid our Group in mastering today’s business challenges."