KLINGER UK is well known in the industry as a supplier of metallic gaskets and jointing materials. Thanks to its undisputed metal working expertise and know-how, the company is also frequently contracted to machine metallic components that are not necessarily related to the sealing industry.

Slip rings, a major component found in wind turbines, are such an example. And these products, provided by a highly skilled group of engineers, aptly named KLINGER Precision, have exceeded the customer’s expectations.


KLINGER UK’s slip ring customer is a multinational company that also manufactures and refurbishes wind turbines. “We have been doing business with them for around 25 years,” confirms Mick Foulds, Managing Director of KLINGER UK, and adds: “Up until this order, they were mostly interested in our KLINGERSIL fiber-reinforced gasket sheet materials.” According to Mr. Foulds, this rapidly changed when representatives of the company toured the Bradford plant and saw KLINGER UK’s machining capabilities up close. “The request to investigate the potential of supporting them in the manufacture of instrument slip rings literally arrived out of the blue,” states Gary Sheldon, manager of the KLINGER Precision specialists, “needless to say, we immediately got to work.” 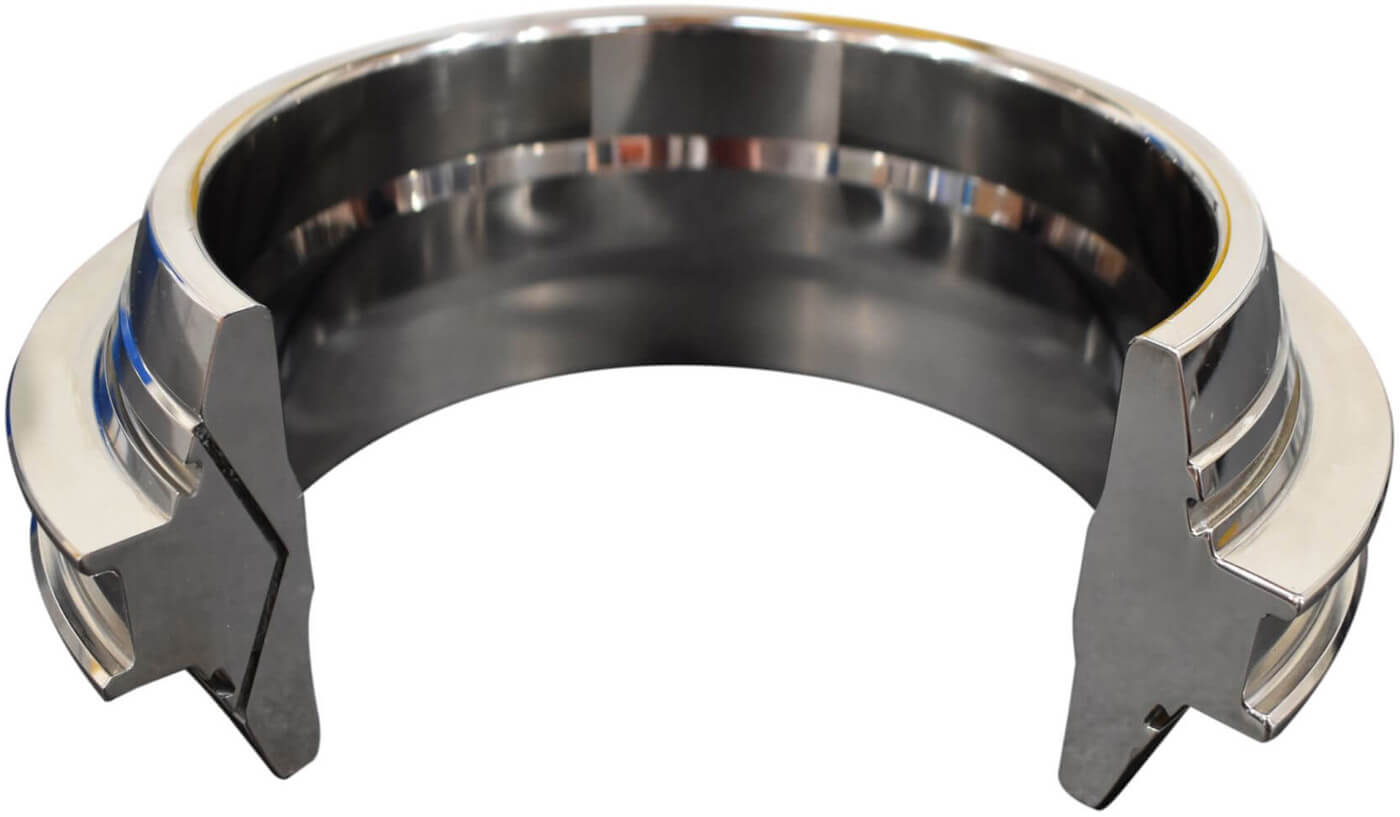 KLINGER Precision is renowned for the tailored customer components it produces

Instrument slip rings are found in a number of applications, primarily in the space and defense industry as well as in wind power and robotics. A slip ring consists of a conductive circle or band, which is mounted on a shaft and insulated from it. Generally speaking, these electromechanical devices are used to electrically connect a rotating part with a stationary structure. Electrical connections from the rotating part of the system are made to the rings, and transfer electrical power or signals to the exterior, usually the static part of the system. So much for the theory. In practice, however, Gary Sheldon and his team were not only tasked with machining the parts, but also with finding a company willing and able to forge the ingots, which form the initial stage of the product. He remembers: “At the time we were brought on board, the client had been experiencing a number of supply chain issues: Delivery and quality were strongly expressed as areas of concern. Having subsequently gone through the process of finding an ingot supplier ourselves, I can fully relate to their woes.” What Mr. Sheldon is hinting at is the fact that the high-carbon, chromium steel ingots can undoubtedly be defined as high-risk: “An ingot that has to be scrapped as a result of non-compliance with specifications is a costly matter. To make matters even worse, resupplying ingots takes around eight to ten weeks. In the case of wind turbine refurbishments, which are extremely time-critical due to the required downtime, this quickly results in significant delays and penalties.” 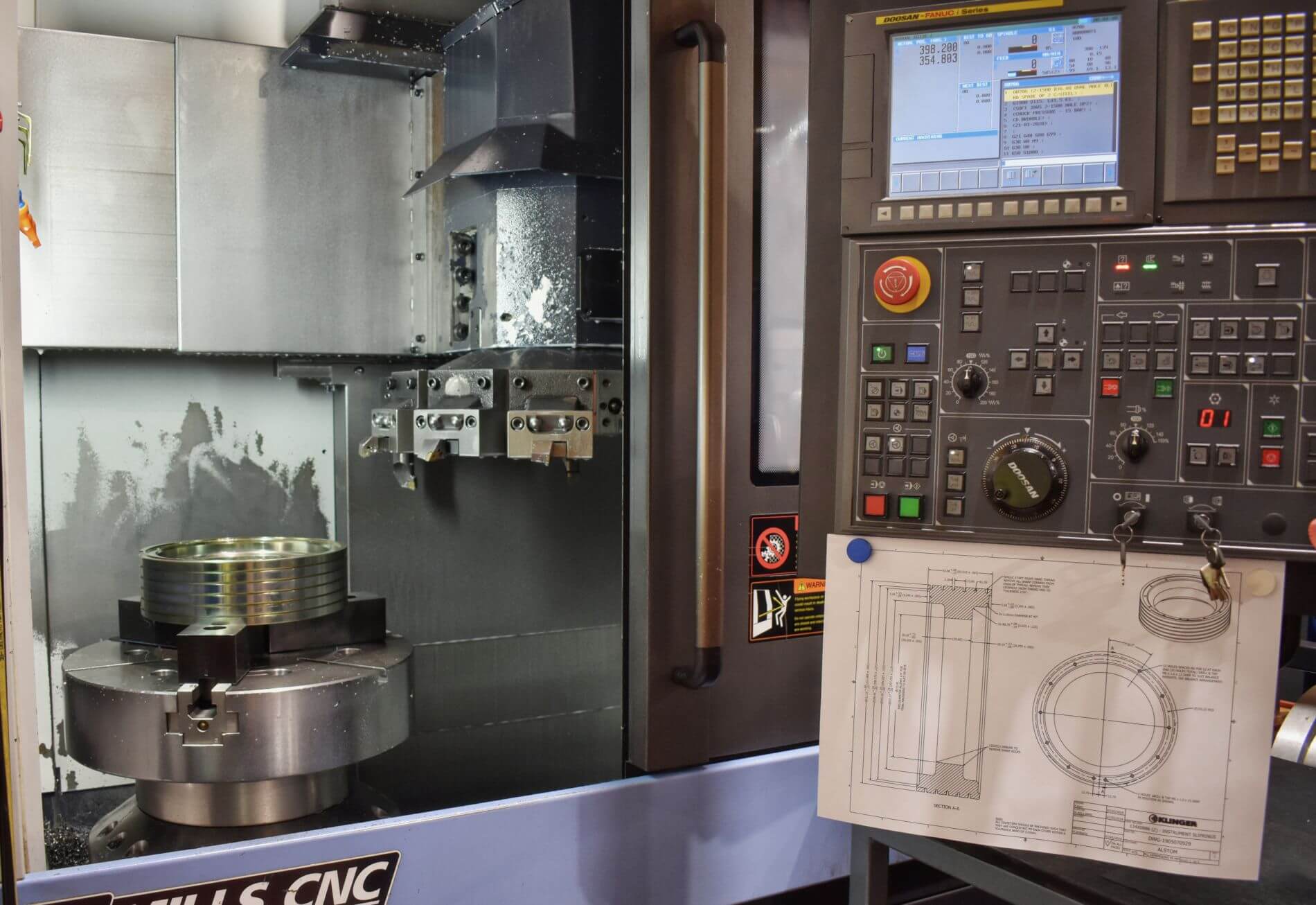 Shaped up: A slip ring in the vertical turret lathe

KLINGER Precision responsible for all aspects of slip ring delivery

In the end, the British team was able to find a European ingot supplier confident enough to take on the ingot forging challenge. Work on the slip rings then began in earnest. “The technical drawings we received can only be described as decades-old,” says Gary Sheldon, “in order to improve our results, we redid them in their entirety.” Having done so, the manager of KLINGER Precision and his colleagues spent the next three months on development work and machine trials, which ultimately resulted in a viable procedure. “The first order was successfully completed around six months later. The slip rings were subsequently installed in a South African offshore wind park,” reveals Mr. Sheldon, visibly proud of the achievement. Since then, KLINGER Precision has gone on to supply more than 15 variations, which differ in terms of size, style and levels of complexity. Needless to say, a high level of precision and tight manufacturing tolerances always apply, but this is precisely what KLINGER Precision is renowned for. Looking back, Mr. Sheldon had the following to say: “Becoming involved in a project such as this one is always a challenge we are willing to accept. It is especially pleasing to see such a complex component become a part of the KLINGER product range – one that we can offer to multiple industries.” 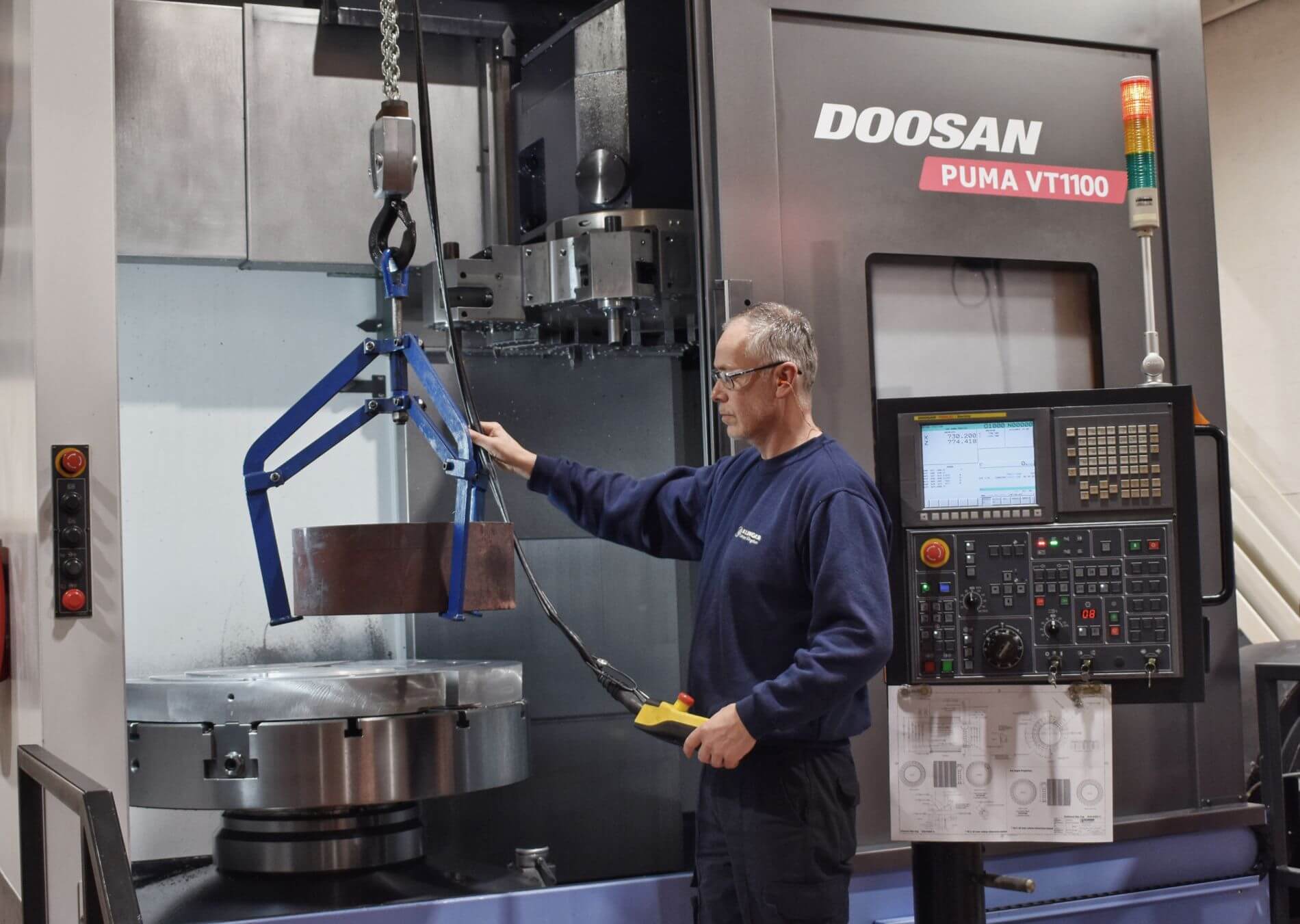