KLINGER supplies valves for a large sewer project in Argentina

Almost 50 percent of the population in Argentina has no sewage service. KLINGER Argentina supplied large diameter valves to support the National Water Plan.

KLINGER Argentina delivered large diameter valves for an important sanitation project in William Morris, a town in the Greater Buenos Aires Metropolitan Area. Due to pandemic regulations, testing of the valves had to be done in a rather unconventional way.

Improving the country’s water and sewage system is a continuous task in Argentina. One recent project is the William Morris sewage pumping station. It is expected to connect another 2,086 homes to the sewage system and, once finished, will be the largest plant in the west zone of Buenos Aires. The project involved a large quantity of pipes, pumps and valves of which KLINGER Argentina, through its Water & Sewage division, last year supplied several large diameter valves, many of them automated.

In Argentina, nearly 50 percent of the population have no sewage services. Since 1999, the Water & Sewage Division of KLINGER Argentina has helped to tackle this problem.

Delivering on time, despite COVID-19 restrictions

It had been agreed that hydraulic tests would be carried out in the factory of origin before delivering the valves with all their quality certification to the site. But the pandemic made traveling impossible. Still the project in William Morris had to continue without delay. KLINGER had to come up with an unconventional solution to test the valves. Not an easy task, given the fact, that the customer was present only via video call.

„Despite difficult circumstances, we were able to finish the job on time. This was thanks to the great teamwork of the sales staff as well as the Automation and Services department of KLINGER Argentina, in constant communication with the customer.“

Remote solution for test and approval

The two knife-gate valves, weighing more than 2 tons each, had to be tested in their place of origin. After long negotiations, this was carried out remotely via video call in coordination with the factory and the customer. Because there was no suitable test bench, the KLINGER team designed a special device for the four actuated gate valves and the four check valves. The operation required a huge effort with four trucks needed to deliver the valves. After three days all tests were completed and approved by the client, leaving everyone happy. Difficult times require creative solutions! 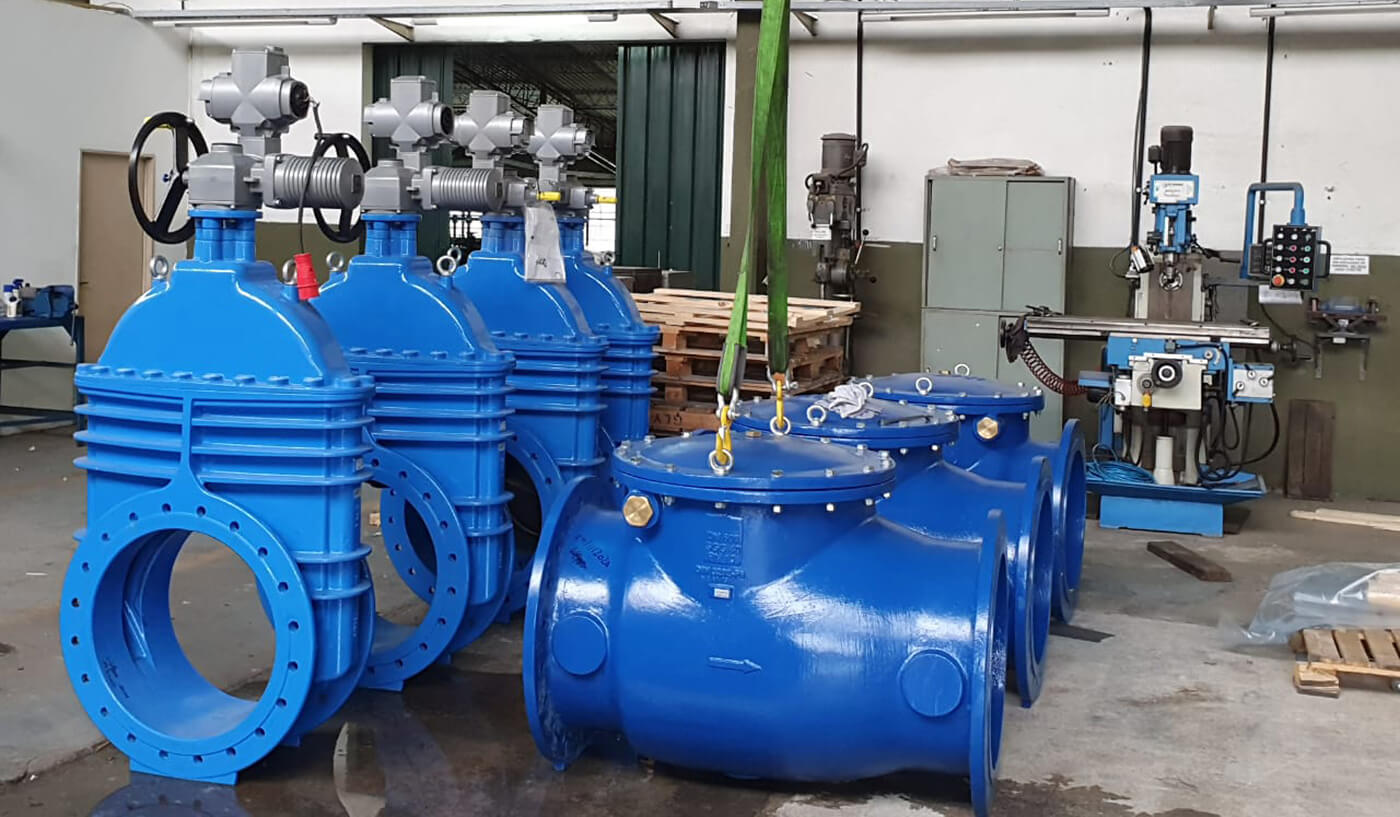 It took three days to test all the valves. 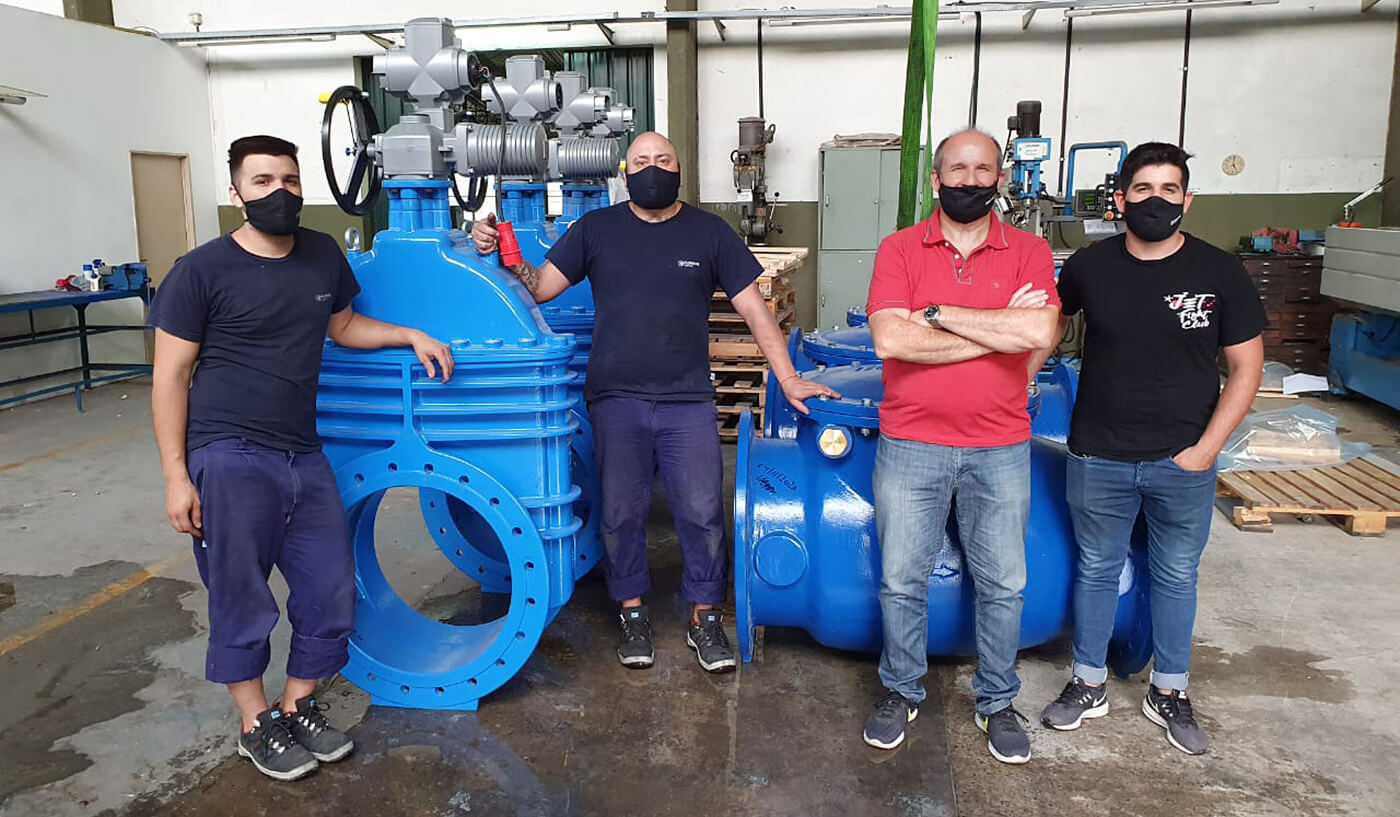 All valves approved and ready to go!

These KLINGER valves were used in the project 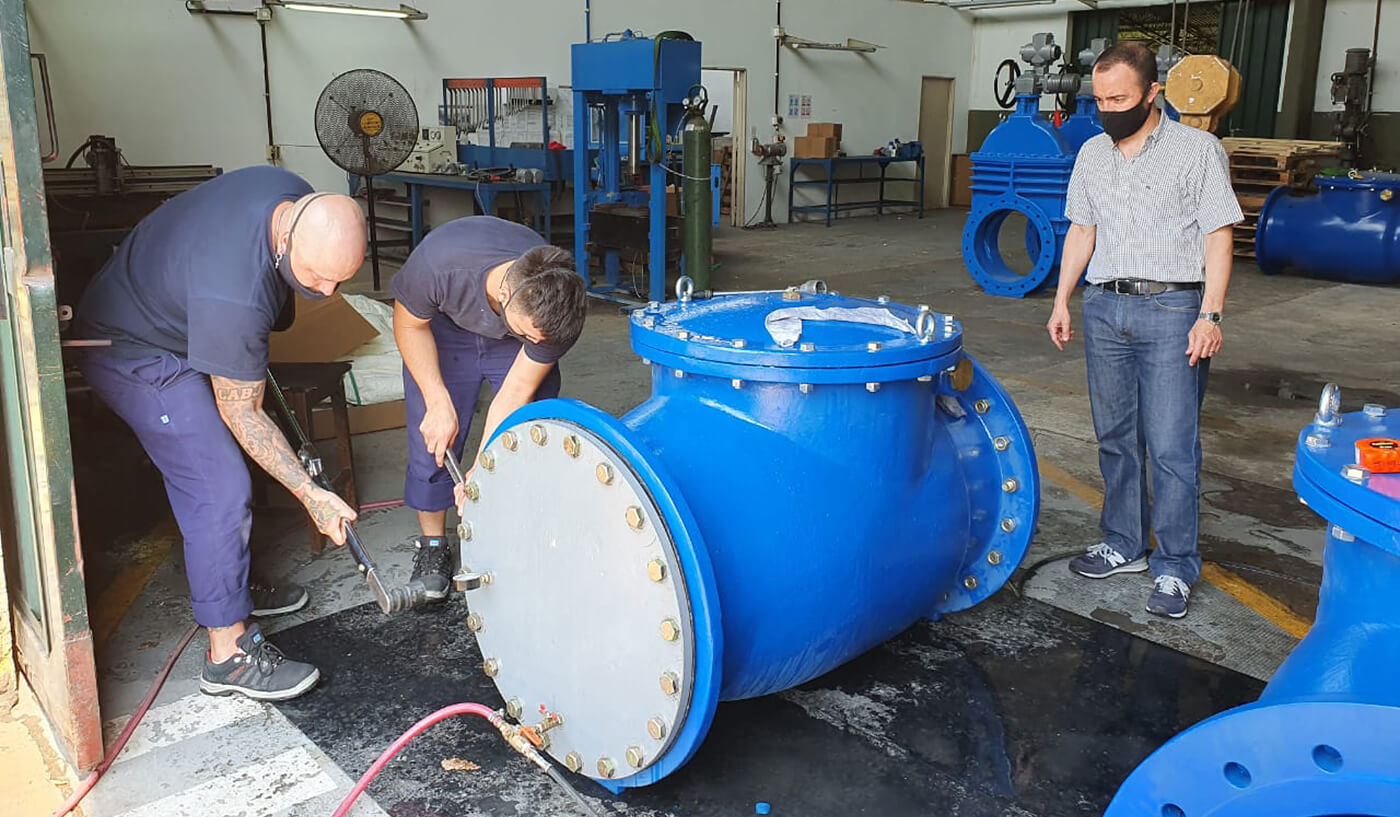 The KLINGER team designed a special device for testing the knife and retention valves.

KLINGER Argentina expands water supply: 50% of the population in Argentina does not have sewage services, 16% has no access to a safe water network.