In Europe's largest hydrogen electrolysis plant, products from KLINGER Gebetsroither are now ensuring operational safety. On how the Upper Austrian technology company has designed and supplied valves for hydrogen in perfect cooperation with the Tyrolean food retailer MPreis.

Industrial valves play an important role in hydrogen production when it comes to safely operating a system using such a challenging medium as hydrogen (H2). In Tyrol we are currently seeing how this new technology can be used in an environmentally friendly way: The food manufacturer MPreis has invested 13 million euros in the largest single-stack electrolysis system in Europe to date at the company's location in Völs. The hydrogen, produced from renewable sources, will also be utilized for a large bakery and its transport trucks. KLINGER Gebetsroither is the supplier of important components to this end. At the largest electrolysis plant in Europe ball valves from KLINGER Gebetsroither are important components.

KLINGER Gebetsroither demonstrated its competence in dealing with sensitive media right from the moment the order was placed. "We were able to point out to the customer that the tender listed a number of specifications for the high-pressure area that were not necessary for the hydrogen system. Our PN40 valves are already designed for the standard operating pressure of 36 bar. We were therefore able to offer both a technically and financially ideal solution," says Markus Fuchs. The sales technician and product manager at KLINGER Gebetsroither, responsible for project management, worked closely with the partners at Bilfinger. Being commissioned by the largest plant manufacturer in the German-speaking region also shows that KLINGER Gebetsroither is renowned for its expertise well beyond the borders of Austria.

That this confidence in KLINGER's competence is justified is demonstrated by the meticulous work carried out by the back office when they clarified the technical details upfront. "For example, we discussed with the customer that the soft-seated variants of our valves are sufficient for the planned application," says Karl Vogl, Team Leader Internal Sales for valves projects. Before the order was placed, his team carried out several revisions of the offer for an optimal solution.

Specific challenges with the medium of hydrogen

Hydrogen itself brought its own particular challenges. "For this we used special double block-and-bleed valves. These are valves with a drain-valve that allow double shut-off and draining of the dead and spherical interior. Thanks to this design, the tightness check in the passage of the ball valves can be carried out while the system is in operation. In addition, flanges with a projection in accordance with EN1092-1, form E, were required for the appropriate sealing of this challenging substance," explains Vogl. Opening of the drain cock. Complete drainage of the dead space and inner space. Hydrogen has an extremely small molecular structure with a tendency to creep. This makes sealing complex and particularly safety-critical: Even small amounts of the leaked medium can cause an explosion. "In terms of mass, 10% hydrogen contains the same energy as 100% natural gas," says Fuchs about the energy source, which can otherwise be handled like a normal gas. Since the hydrogen system is fully automatic, KLINGER Gebetsroither has automated many of the installed valves. Pneumatic drives that open and close ball valves, and solenoid valves that regulate compressed air, were part of the order. The design of these components was meticulously planned in close consultation with the technical engineers. "Inquiries and queries are like playing a ping-pong game with the customer. Our technical sales department is a good sparring partner for the customer, and this process worked extremely well for the hydrogen project," says Fuchs. 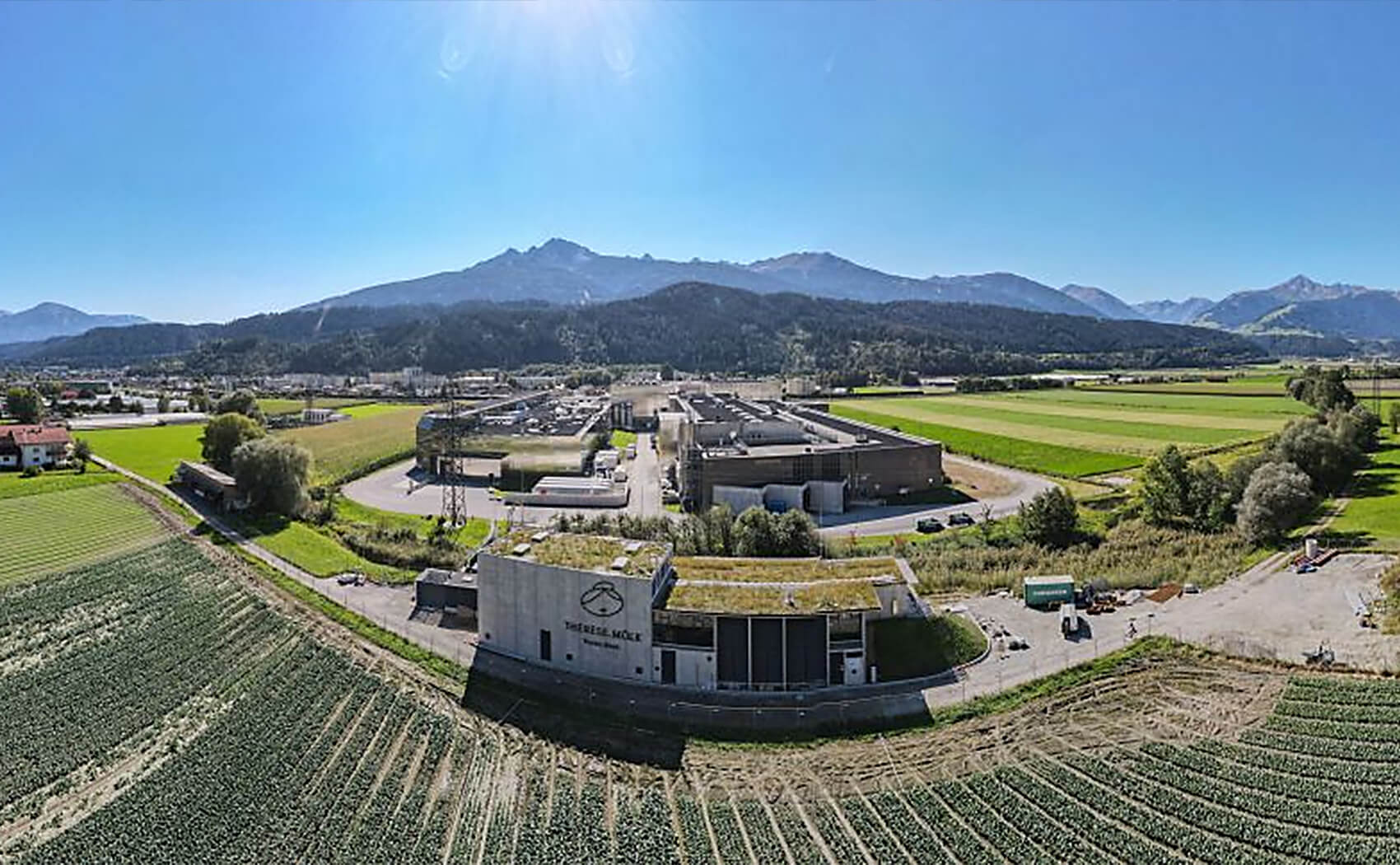 The new hydrogen production plant at the MPreis headquarters in Völs (seen in the foreground)
Photo credit: MPreis / Valentin Schennach

Power-to-X: Hydrogen is the energy source of the future

CEO interview: 'We see ourselves as a solution provider'

Interview with KLINGER CEOs Christoph Klinger-Lohr and Daniel Schibli: Looking back at 2021 and previewing 2022 at the KLINGER Group