KLINGER Denmark invites customers and partners to its open house events on a regular basis. Covering a new topic and therefore also attracting a different clientele each time, they are renowned for the in-depth industry insights they provide. Scheduled to coincide with Denmark's plant shutdown season, the latest open house focused on solutions for the energy sector and was attended by engineers, buyers, technicians from small to mid-sized companies as well as engineering consultants.

"A typical open house event at KLINGER Denmark features three speakers. In the course of their respective presentations, they provide us with their expertise on a specific topic", says Helle Rasmussen, Internal Sales & MarCom Manager at KLINGER Denmark, and adds: "Following, for example, an open house on the marine industry, we this time invited our customers and partners to join us in taking a closer look at the energy sector in Denmark." 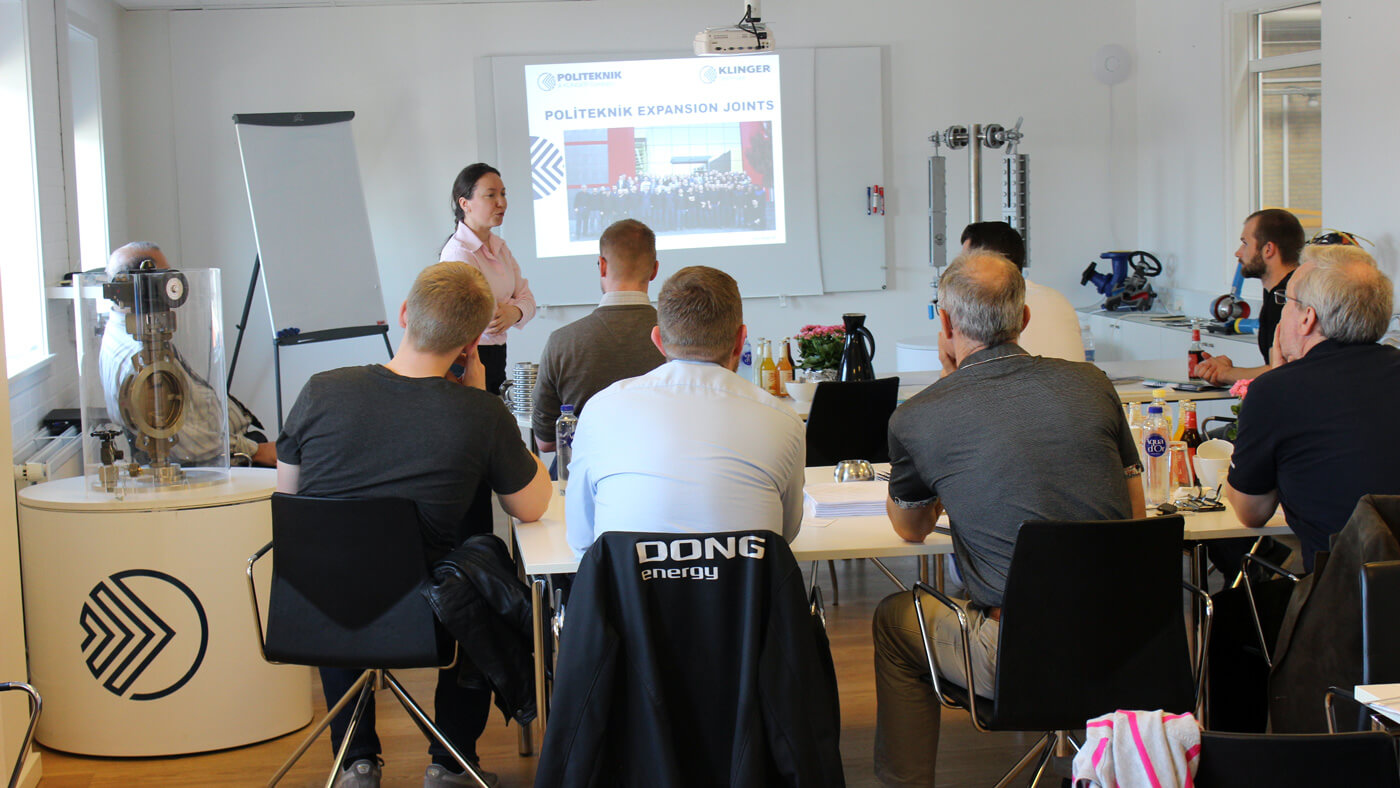 The Energy Day's guest speakers featured Michael Heide from KLINGER Fluid Control, Bed¡ha Tezcan from POLITEKNIK and Aleš Volek from NIHON KOSO. Formed as a control valve manufacturer in Japan in the 1960s, the latter has since expanded its reach around the globe through various acquisitions. Its European branch is headquartered in the Czech Republic, where it operates under the name KOSO CONTROL EUROPE. In his presentation, Aleš provided a detailed overview of Denmark's past, present and projected electricity consumption, which also took the planned decommissioning of a large number of coal and natural gas-fired power stations into account. At the same time, it also detailed the rise of the renewables, specifically wind power: Starting in 1990, their share, i.e. consumption originating from electricity generated in onshore, near shore and offshore wind parks, was at around two percent. In 2016, this figure had already risen to approximately 37.6 percent and trends forecast it will continue to increase considerably until 2026. It is expected to peak at around 26 TWh, which would correspond to a share of 63 percent.

According to Aleš, a market-based exchange is Denmark's key to a successful energy future. With a net transfer capacity of 6.4 gigawatts, the country would be able to sell electricity to its neighboring countries in times of high wind production, whilst simultaneously importing it when the energy feed-in from wind power is low. The only real bottleneck, according to KOSO's expert, is that the use of wind power is somewhat limited by the way combined heat and power plants (CHP) have been regulated in the past. New regulations and changes to taxation, however, are providing an incentive for CHPs to consider "bypassing" their steam turbines (and thus the generation of electricity) and to focus exclusively on producing heat. And KOSO, in cooperation with KLINGER, has been working on a solution to enable this shift from a technological point of view.

The VecTor valve features a stacked disk design that can be modified by means of ports and multiple pressure reduction stages to meet any specific CHP requirement: It can therefore accommodate all the various flow rates and pressure differences encountered during a steam bypass operation – making a split-range valve system obsolete. Furthermore, it ensures continuous operation of the turbine bypass line and guarantees that the steam's high kinetic energy can be reduced to parameters suitable for a district heat exchanger. Last but not least, it meets the industry's low-noise and high availability requirements and is therefore a valid choice for Denmark's next step towards a successful energy transition.

The Blue Lagoon in Iceland as well as four geothermal pipelines of Rejkavik are supported by KLINGER's Ballostar valves.

Expansion of Austria's district heating networks: 150 sustainable projects are on the rise. This also means an increased demand for piping components.