Six years ago, Kempchen Dichtungstechnik of Germany launched an event that focuses on the challenges the various industries face in the field of sealing. Six years later, the so-called "Kempchen Praxistage" has evolved into a two-day event (the same program is offered on two separate days to ensure that everybody who wishes to attend, is given the opportunity to do so) that attracts more than 300 participants and features high-profile guest speakers from all fields, including authorities, universities and industry leaders.

Held from June 21 to 22 at the Kempchen business location in Oberhausen, Germany, the sixth "Kempchen Praxistage" promised the attendees an interesting program and covered a wide range of Topics.


Klaus Schonebeck, Managing Director of Kempchen Dichtungstechnik, has one timeslot and one official task in the course of the annual "Kempchen Praxistage":

At 08:45 in the morning, he welcomes the attendees to the event, followed by a brief overview of the program, which culminates in a final discussion starting at half past three in the afternoon. And according to Klaus Schonebeck, this is precisely how it should be: "The 'Kempchen Praxistage' is not a sales event where we try to convince our customers, suppliers and industry partners that our products and services are the best available on the market," he explains, adding: "It is a conference that focuses on developments within the industry, developments that affect us all." This statement by Kempchen's Managing Director is easily verified by a look at the program of the in the meantime sixth installment of the "Kempchen Praxistage": Not a single talk on the agenda is held by a Kempchen employee – and even if there were one, as has been the case in the past, then it would not focus on the company's portfolio, but rather on a topic vital to the industry in general. So who gets to hold a talk at the "Kempchen Praxistage"?

"I believe the event is so successful because we offer our guests the right mix," says Klaus Schonebeck, adding: "Our speakers come from all walks of life: Some are active in academia, others have a background in engineering and are employed in areas related to plant operation. And we also invite members of the authorities responsible for the regulations within our respective industries to hold presentations." In other words, the conference gives stakeholders the opportunity to exchange views, insights and beliefs with an interested audience. Next to theory, the "Kempchen Praxistage", as the name already suggests, also focuses on actual practice and case studies. And the talk held by Olaf Stommel, plant engineer and Head of Maintenance at Arsol Aromatics, was no exception in this regard. The title of his presentation: "Flange management in the 2016 shutdown". 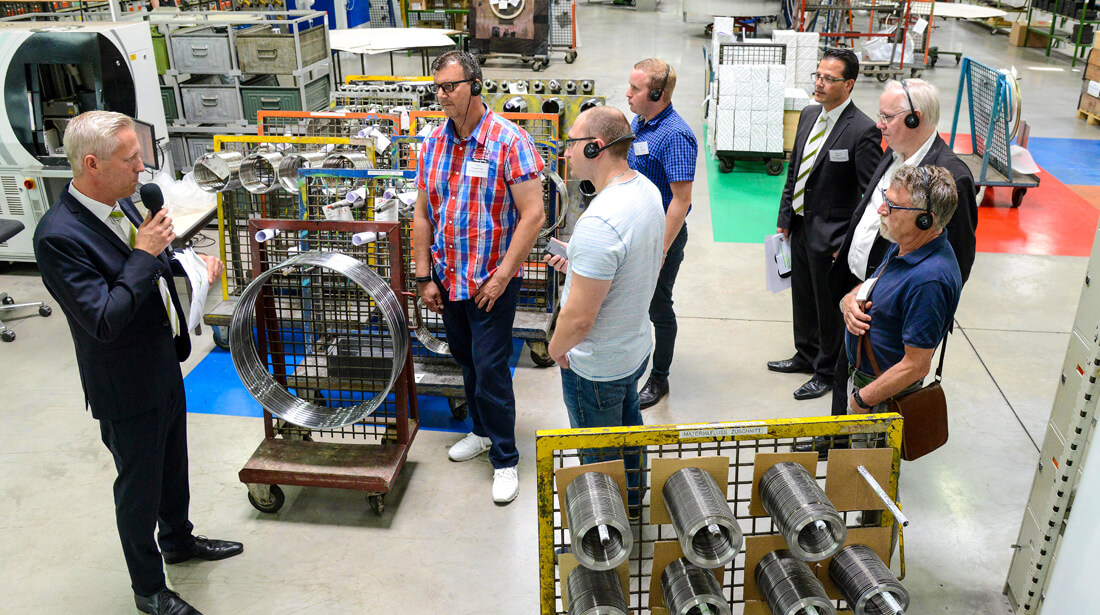 The attendees also had the opportunity to tour Kempchen's production facilities

Arsol Aromatics is a German manufacturer of basic chemicals from crude benzene. These include styrene, cumene, cyclohexane, toluene, xylene and the company's own trademarked Arsol. All these chemicals are subsequently used in a wide range of consumer goods. In the course of his talk, Olaf Stommel detailed the steps necessary to carry out flange maintenance during a shutdown, including the necessary requirements and regulations that govern the process, examples of operating sheets for documentation and verification purposes as well as how corresponding valves should be marked.

Furthermore, he discussed the material management aspects of his work and gave insights into the defects encountered. One such defect posed a special challenge: A gasket had to be removed from the top of the highest column of the refinery. The task at hand was made significantly more difficult due to the fact that the offending flange connection was located outside of the walkway, at a height of 68 meters. "In order to get to the flange, we had to install a suspended scaffold with the aid of a 180 ton crane," explains Olaf Stommel, and adds: "As you can imagine, this was neither a cheap nor a quickly achieved endeavor."

Another thing the audience also highly appreciated about the talk held by Arsol Aromatics' head of maintenance was the open and to-the-point manner in which he also meticulously covered the details of an incident that another speaker would have possibly avoided: In the course of the shutdown phase in September 2016, a fire broke out in one of the eleven columns of the plant. Around 60 firefighters were quickly on site, putting out the fire at a height of 50 meters nevertheless proved challenging and lasted from the early morning hours to around noon. Luckily for all participants, the column was no longer in operation at the time of the fire, meaning that neither the environment nor the periphery of the plant were negatively affected. Olaf Stommel concluded his talk with pictures of the fire and the subsequent replacement of the column head.

Klaus Schonebeck: "As the host of the 'Kempchen Praxistage', having colleagues such as Olaf Stommel on board makes us especially proud. They show us how much we can learn from each other and that, at the end of the day, we are all in the same boat: Our joint mission, next to the provision of excellent products and services, is to ensure that we can operate our plants in a safe manner. This is a responsibility we all have – towards both man and the environment." 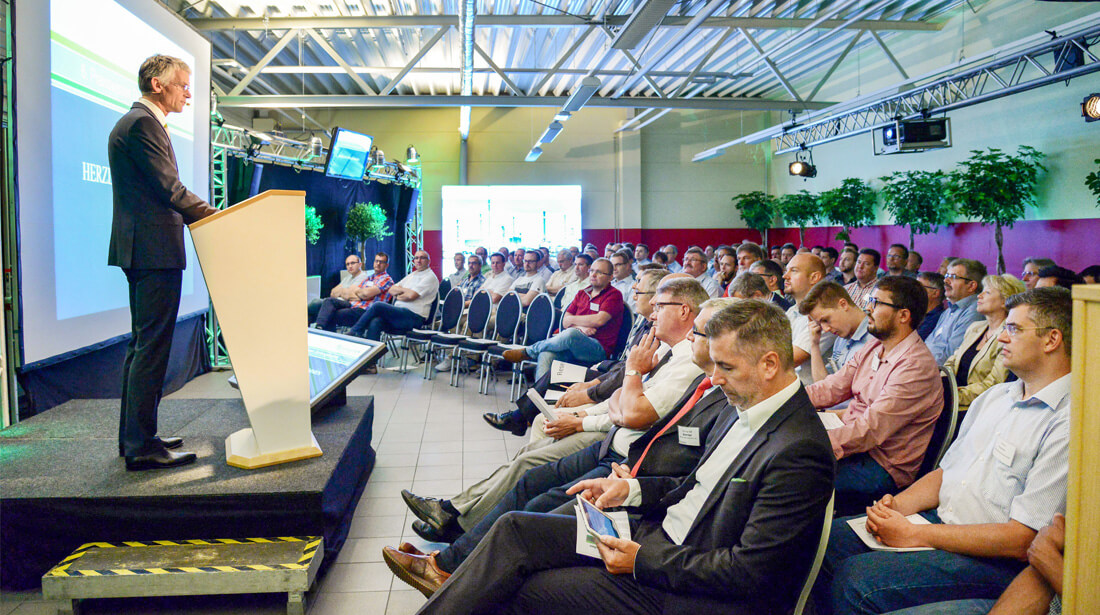